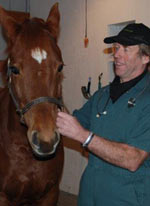 Veterinarian
I graduated from Western College of Veterinary Medicine in Saskatoon in 1985. I started practice in a small, two person Veterinary clinic in the foothills of Alberta. Since then I have practiced inChilliwack and New Zealand, but eventually settled down in Salmon Arm. I have maintained a mixed animal practice for my whole career, working with any pet or farm animal that is presented to me. In my off time, I enjoy spending my time in the great outdoors of the Shuswap and beyond. 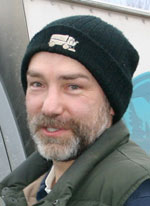 Veterinarian
I was born and raised on a family farm in rural Utah. Before joining SVC, I graduated with my DVM from the University of Illinois and practiced for one year in western New York in a large animal ambulatory practice.

I enjoy working on the farm with both dairy farmers and horse clients. I appreciate the challenges of dairy herd medicine and am interested in mastitis and reproductive management. My four children and hobby farm keep me busy when I am not working. 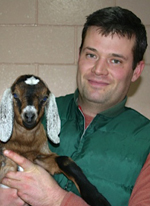 Veterinarian
I roamed all over the Prairie Provinces growing up, especially enjoying my time in the north.  I worked for a year in a gold mine in Snow Lake Manitoba the first year out of high school. I served as a missionary for the Church of Jesus Christ of Latter-day Saints in Latvia, Lithuania, Estonia and Belarus and was able to learn Russian while there.  I met and married my wife Jennifer Dorward while completing my undergraduate degree at the University of Alberta.  Received my DVM from WCVM graduating in 2009 and keep busy presently with my young family and an old house. 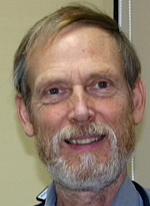 Veterinarian
I grew up in Kamloops and spend summers as a kid at Niskonlith Lake near Chase. My first interest was physics which I studied for four years at UBC before moving to Saskatoon to attend the veterinary college. We came to Salmon Arm in 1980 to join the Shuswap Veterinary Clinic. After ten years of both farm and small animal practice, I began focusing on companion animals with a special interest in surgery. In 1996 I worked in veterinary surgery at the University of PEI and then completed the IVAS acupuncture course in Albuquerque.

I enjoy being able to offer a blend of both conventional small animal medicine and surgery and a complementary approach that includes a special interest in acupuncture and nutrition. I have served on the Board of Directors for the American Holistic Veterinary Medical Association, and continue now as a member of their Council of Elders.

Outside of veterinary medicine, I am passionate about tai chi, dancing, flying, and our family.

Veterinarian
I grew up on a small southern Gulf island near Victoria and took every opportunity to get out on the water. While completing an undergraduate degree in Biology at the University of Victoria, I took advantage of student research opportunities and spent one summer working with bats in Bulgaria and the next at a research dairy farm in British Columbia. While I will always like bats, I love working with cattle and applied to vet school so I could spend more time with dairy cows.

At the Western College of Veterinary Medicine I discovered a passion for learning about all the species under our care. I graduated from WCVM in 2017 and worked in central California for a year at a large dairy-only clinic. In 2018, eager to escape to more temperate climates, I came to Shuswap Veterinary Clinic as a mixed-animal practitioner. In my spare time I like to explore the beautiful nature in this area with my dog and learn French and Spanish.

Veterinarian
I graduated from Iowa State College of Veterinary Medicine in 2004. After graduation, I worked in a mixed practice in Langley for four years, followed by another four years in a small animal practice in White Rock. In September 2012, I joined the Shuswap Veterinary Clinic where I have the opportunity to once again enjoy the variety of mixed animal practice. In my free time I enjoy exploring the beautiful Shuswap with my wife and two small children. 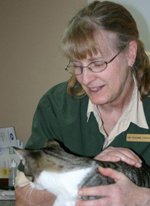 Veterinarian
I attended Ontario Veterinary College and graduated in 1980.  I have practiced in Alberta and BC since graduation, although I grew up on the East Coast. I Iive in Vernon, am married with one daughter in university. Veterinary medicine is interesting to me because it is about being a detective and looking for clues as to why an animal is ill and looking for ways to solve the problem.  I have a soft spot for cats but enjoy working with all companion animals. 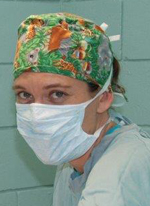 Veterinarian
Born in Chetwynd in northern British Columbia, I migrated south to Kelowna, then eventually on to Vancouver, where I earned a BSc. at UBC. I played varsity field hockey at UBC, and went on to play with the Canadian National Women’s Field Hockey team.  I was able to  travel to many parts of the world and  competed in  the Commonwealth Games in Australia and the Pan American Games in the Dominican Republic.  I retired from field hockey in 2008 and entered the Western College of Veterinary Medicine in 2009, where I focused on small animal medicine, then headed back west to enjoy the charm of the Shuswap.

Veterinarian
Ever since I was a kid growing up on a dairy farm in Chilliwack, I knew I wanted to be a veterinarian. After high school, I attended the University of Victoria and the Western College of Veterinary Medicine. After graduation in 2007, I joined the Shuswap Veterinary Clinic as a mixed animal veterinarian, and I have been here ever since. In 2009, I switched my focus to small animal medicine, which I have really enjoyed, although I admit I do miss being out with the cows. When I’m not at the clinic, you might find me playing hockey, curled up somewhere with a book or hanging out with my husband Tyler, our new baby boy Chase, our dog T’Shodi and our cats, Darcy and Banff. 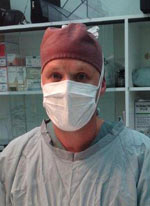 Veterinarian
Growing up on an acreage of chickens, goats, dogs, cats, turkeys and horses and then later raising cattle and horses with family instilled a love for all animals. After exploring a different career, I followed my true passion and graduated from Murdoch University Veterinary School in 2012. After graduating, I worked in central Alberta for a busy mixed animal practice for 2 years. My growing family and I are very excited to take the opportunity to live in Salmon Arm and experience everything the area has to offer.

Veterinarian
I was born and raised in south eastern Alberta, but spent most summers on the Shuswap and Okanagan. My mother tells me I spoke of wanting to become a veterinarian from the time that I learnt to talk. In 2015, this lifelong dream became a reality as I earned my Doctor of Veterinary Medicine degree from the University of Calgary. I practiced as a mixed animal veterinarian in my home town after graduation.

I am thrilled to be able to combine my dream career with living in the beautiful Shuswap, leaving the cold Alberta winters behind. While I am not at work, I am kept busy by my young children (Daylen and Ethan) and my husband. We share our home with many furred friends: Awski the wolfhound, Tia the mastiff, Ami the golden retriever, Belle and Pepper the cats, and Buddy the rabbit. 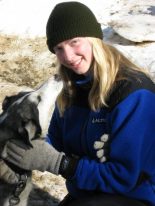 Veterinarian
Although I am a traveller, BC has always been my home. I was born and raised in Vancouver, but I have family in Salmon Arm and have spent a great deal of time here throughout my life. I first came to Shuswap Veterinary Clinic as a pre-vet student and then as a veterinary student for the summers of 2008 and 2009. In 2010, I graduated from Western College of Veterinary Medicine.

Since then I have worked on Vancouver Island, in the United Kingdom, Alberta, and most recently, New Zealand. After a year and a half in New Zealand I decided to come home when I was given the opportunity to work at Shuswap Veterinary Clinic. I am a mixed animal veterinarian and love all animals, but have a particular interest in farm animal practice.

In my spare time I enjoy hiking and travelling. I have currently visited 9 provinces, 47 states and 45 countries. New places and cultures fascinate me and I ever strive to add more places to my list. 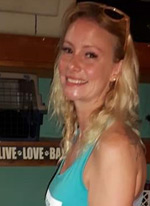 As a native of Salmon Arm, I am very excited to be back living and working in the community I call home.  I attended UBC before heading to vet school in Saskatoon and graduated from the Western College of Veterinary Medicine in 2008. I worked in rural mixed-animal practice for 4 years after graduation, and then moved to the Lower Mainland where I was a locum at a number of mostly small animal clinics, including a cat-only hospital. When I’m not busy with work, I enjoy snowboarding, slo-pitch, competitive swimming, as well as volunteering through the Canadian Animal Assistance Team and other national and international animal rescue groups. I have acquired 3 cats and a dog along the way, with the dog and one of the cats being tripods. I look forward to reconnecting with old friends and once again enjoying all that the Shuswap offers. 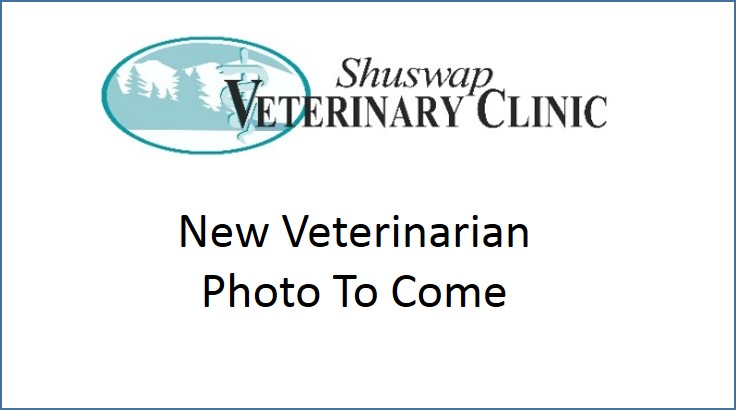 Karene grew up in Shawnigan Lake, BC. From a young age, Karene has always loved animals and her mom claims that the moment she could talk she said she wanted to be a veterinarian. She has owned cats, dogs, birds, a rabbit and currently, lives with her cat, Molly.

Karene completed her Bachelor of Science at McGill University in Montreal. After graduation, Karene took the long trek to Prince Edward Island where she attended the Atlantic Veterinary College. Karene graduated in 2013, then returned to BC where she worked at a small animal clinic on the Sunshine Coast.

Karene has a special interest in surgery, especially soft tissue surgery, and critical care. She enjoys working with exotic animals, such as rabbits, rats, and chinchillas. In veterinary school, Karene became certified in Animal Acupuncture and enjoys practicing this skill on arthritic or post surgical animals.

In her spare time, Karene enjoys travelling (after graduating she hiked the Inca Trail in Peru with her father and brother), camping, boating, running, and anything out-of-doors. As well, spending time with her two children and husband.